From the Collection of Admiral Grindall, an Able Seaman aboa... 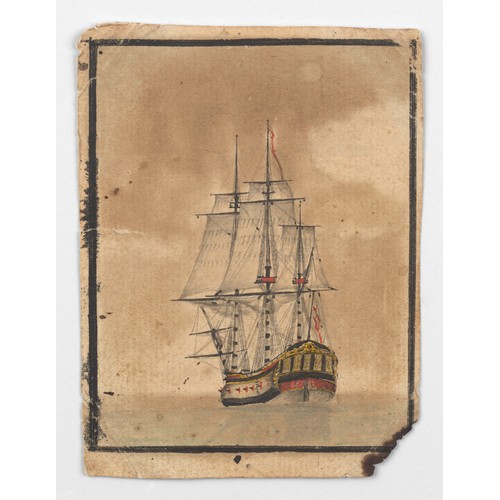 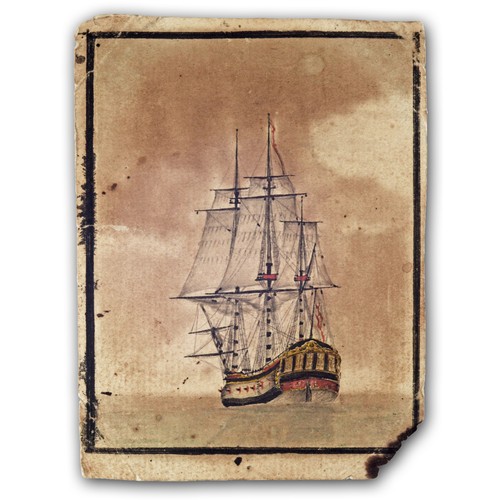 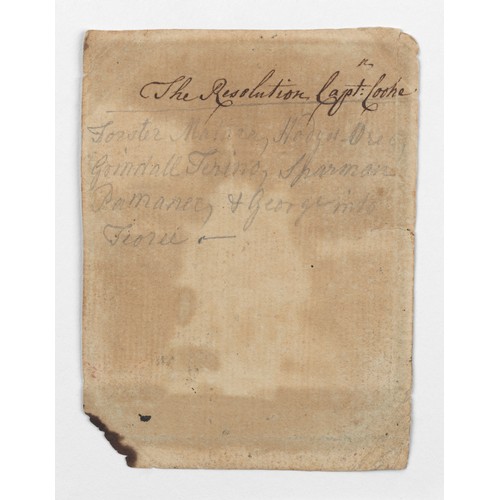 From the Collection of Admiral Grindall, an Able Seaman aboard Captain Cook’s Resolution during his second circumnavigation; thence by direct descent through his family.

Attributed to Henry Roberts, 1756 - 1796. A drawing with watercolour highlights of HMS Resolution. On paper. c. 1773. Copiously inscribed to the reverse. Unrestored. This drawing was likely executed by Roberts, who was aboard the Resolution, while she was off the coast of Tahiti between August 16, 1773 and August 24, 1773 (cf. Georg Forster's account of the journey below).

These were the names given to members of the crew by the Tahitians whom they encountered as they were unable to pronounce the English names. This fact is documented in Georg Forster's A Voyage Round the World in His Majesty's Sloop, Resolution, commanded by Capt. James Cook, during the Years 1772, 3, 4, 5.

Georg Forster, the celebrated naturalist, accompanied his father, Johann Reinhold Forster, on Cook's second circumnavigation aboard the Resolution. Forster's account of the journey, especially his observations of the people of Polynesia, was significant both as an ethnographic work and as a contribution to the bourgeoning genre of scientific travel literature. He was subsequently admitted to the Royal Society at the age of twenty-two. 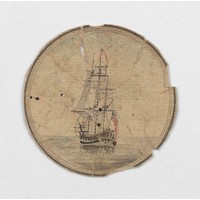 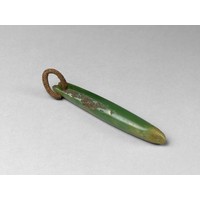