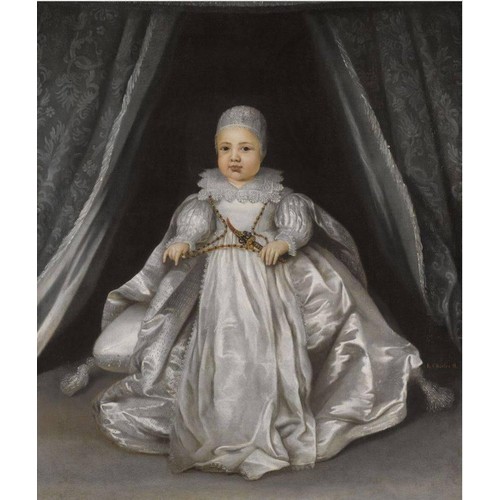 Property of a lady

Catalogue Note:
Charles was born at St. James's Palace on 29th May, 1630, shortly before midday. On hearing that his wife, Queen Henrietta Maria, had given birth to a fine healthy son, the King mounted his horse and rode into the City to give thanks to God. Being given all the attention worthy of a future King, the baby flourished, leading the Queen to comment in a letter to her old governess, Madame St. George in Spetember 1630: 'He is so fat and so tall that he is taken for a year old and he is only four months; his teeth are already beginning to come'. She added: 'I will send you his portrait as soon as he is a little fairer, for at present he is so dark that I am ashamed of him'. Charles was, however, never to lose his dark complexion, earning himself the sobriquet 'the black boy'.

Sir Robert Carey, from whom this painting probably descended, was closely involved with the Royal household. At the Court of James I his wife was appointed mistress of the Robes to the Queen and they both had the charge of the young Duke of York, later King Charles I, who was consequently brought up together with the Carey children. Upon the future Charles I becoming Prince of Wales Sir Robert was appointed his Chamberlain, and remained attached to him until his death in 1639. This sensitive portrait was painted in October when the young Prince was four months old. As with a similar version now in the National Portrait Gallery, the Prince is shown propped up on a cushion as if on his Chair of State. 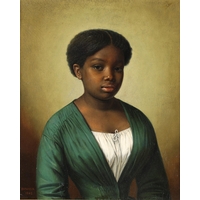 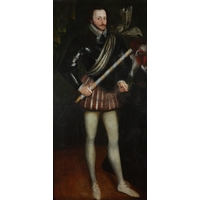